Barbet (French Water Dog) is often cited as being one of the oldest of all French dog breeds when he was simply known as a Waterdog. He may be considered the ancestor of all breeds with long, wooly or curly hair and a direct cousin to the sheepdog like the Briard. He is excellent at waterfowl work, retrieving and is undeterred and unaffected by icy conditions. General Appearance: A dog of medium size and proportions with characteristic thick woolly, coat and given to waviness which protects him from cold and damp. The coat forms a beard on the chin to which the breed owes its name.

Barbet Coat & Colour Skin: thick. Coat: long, woolly and curly, forming cords. The coat is profuse and, in its natural state, covers the entire body. That is a particular breed characteristic. Since time immemorial, the barbet has been clipped in order to ease his work and lifestyle. According to how he is used, the barbet can present different appearances. 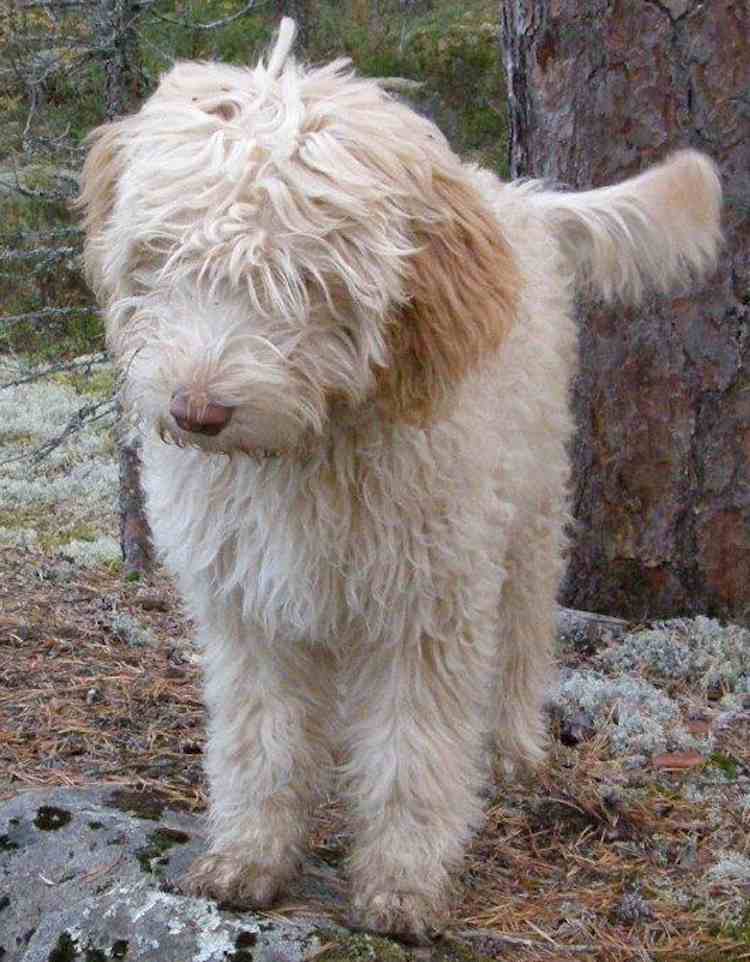 Colour: Solid black, grey, chestnut brown, fawn, pale fawn, white or more or less pied. All shades of red-fawn and pale fawn are permitted preferably the whole body should be the same shade. Head: The coat on the head must fall to the bridge of the nose. The beard is long and ample; the profuse moustache covers the whole muzzle. Skull: round and broad. Stop: pronounced. Muzzle: quite square. The bridge of nose is broad and short. Lips: thick, pigmented, completely covered by long hair. The pigmentation of the mucous membranes may be black or brown. Jaws/teeth: Jaws of equal length. Scissors bite. Strong teeth. Incisors well developed and well aligned. Eyes: round, preferably dark brown. Ears: set on low (in line with eyes or slightly lower), long, flat, broad, covered by long hair which forms cords. If the ears are held together across the noseleather, they reach (with the hair) at least 5cm beyond it. The ear cartilage reaches beyond the corner of the mouth. Tail: Slightly raised, carried above the horizontal when the dog is in action, low set, forming a slight hook at the tip.

Gait: Easy movement, the limbs moving in line with the body. Medium length foreleg stride with good thrust from the hindquarters. Faults: Any departure from the foregoing points should be considered a fault and the seriousness with which the fault should be regarded should be exact proportion to its degree.