Curly Coated Retriever Temperament: A charming and gentle family companion, the Curly is self-confident, steadfast and intelligent. Independent and poised, the dog breed is alert but calm and affectionate.

Coat: Coat should be one mass of crisp curls all over – a slightly more open coat not to be severely penalised. A prominent white patch on the chest is undesirable, but a few white hairs allowed in an otherwise good dog. Head: Long and well proportioned, skull not too flat. Jaws long and strong but not inclined to snippiness. Nose black, in the black-coated variety or liver in liver variety, with wide nostrils. Teeth strong and level. Eyes black or brown, but not yellow, rather large but not too prominent. Ears rather small, set on low, lying close to the head and covered with short curls.

Forequarters: Shoulders should be very deep, muscular, and obliquely placed. Legs should be of moderate length, forelegs straight and set well under the body.

Body: Chest not too wide, but decidedly deep. Body rather short, muscular, and well ribbed up. Loin powerful, deep, and firm to the grasp.

Hindquarters: Quarters strong and muscular, hocks low to the ground with a moderate bend to stifle and hock. Feet round and compact with well-arched toes.

Tail: Should be moderately short, carried fairly straight and covered with curls, slightly tapering towards the point.

Faults: A saddle back or patch of uncurled hair behind the shoulder should be penalised. 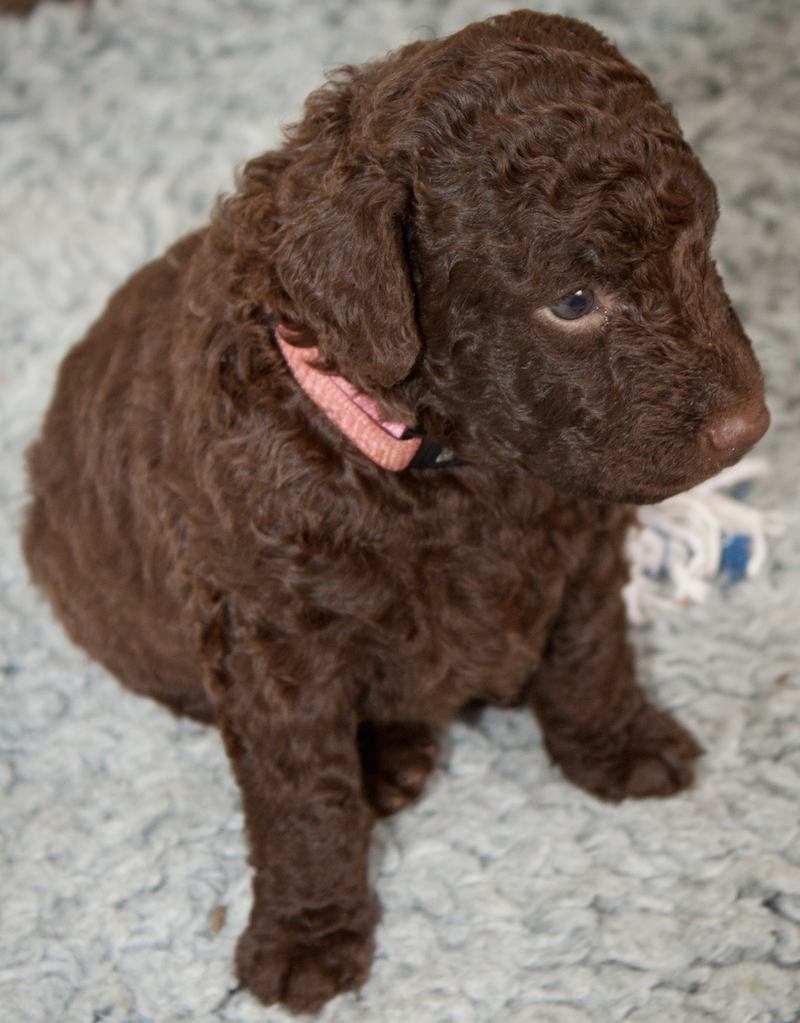