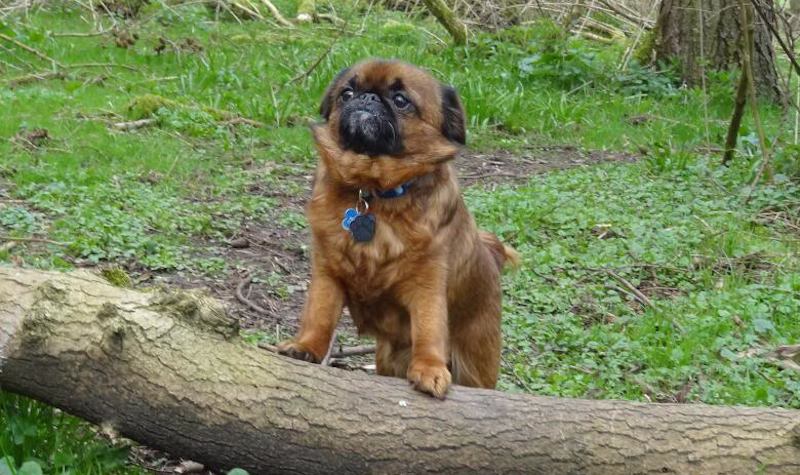 Brussels Griffon or Griffon Bruxellois was a breed known as the German Rat Dog, which was crossed with a variety of Toy breeds in the early 19th century. The breed has a rags-to-riches story, starting out as a ratter in the stables where the hansom cabs and horses were kept. It wasn’t long before the gamin-faced sprite charmed his way up to a spot beside the coachman as they drove around the town. From that vantage point, the snub-nosed imp caught the eyes of the public and soon became a fashionable pet in Belgium. After being exhibited for the first time at a show in 1886, his popularity really took off, spreading to Britain and then to North America. There are two distinct types of Brussels Griffon dogs – The Rough Brussels Griffon and the Smooth Brussels Griffon.

The Griffon Belge and the Petit Brabancon (Small Brabant Griffon) are varieties of the Brussels Griffon / Griffon Bruxellois breed. They are identical except for coat and colour differences.

In the Griffons Belge the hair is rough, upstanding and tousled. The coat should be more wiry and dense. Griffon Belge has a black or black and reddish brown coat. Coat and Colour: There are two distinct types of coat – rough and smooth. The rough coat should be wiry and dense, the harder and more wiry the better. On no account should the dog look or feel woolly, and there should be no silky hair anywhere. The coat should not be so long as to give a shaggy appearance, but should still be distinctly different all over from the smooth coat. The head should be covered with wiry hair, slightly longer around the eyes, nose, cheeks, and chin, thus forming a fringe. The smooth coat is similar to that of the Boston Terrier or English Bulldog, with no trace of wire hair.

(a) Reddish brown, with a little black at the whiskers and chin allowable, but not preferred. 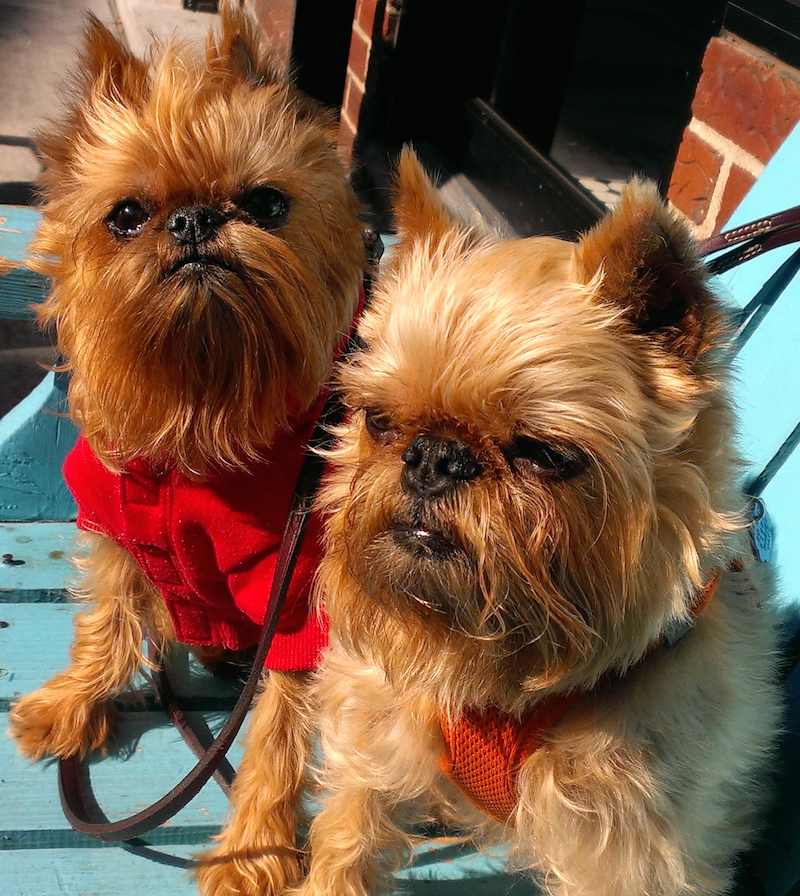 (b) Black and reddish brown mixed, usually with black mask and whiskers. (c) Black with uniform reddish brown markings, usually appearing under the chin, on the legs, over the eyebrows, around the edges of the ears and around the vent. (d) Solid black. Black all over, no white hair. The colours of the smooth-coated type are the same as those of the rough-coated type. Any white hairs in either the rough or smooth coat are a serious fault, except for frost on the black muzzle of a mature dog, which is natural.

Head: Skull large and round, with a domed forehead. Nose very black, extremely short, its tip being set back deeply between the eyes so as to form a lay-back. The nostrils large, the stop deep. Lips edged with black, not pendulous but well brought together, giving a clean finish to the mouth. Chin must be undershot, prominent, and large with an upwards sweep. The incisors of the lower jaw should protrude over the upper incisors and the lower jaw should be rather broad. Neither teeth nor tongue should show when the mouth is closed. Eyes should be set well apart, very large, black, prominent, and well open. The eyelashes long and black. Eyelids edged with black. Ears small and set rather high on the head. May be shown cropped or natural. If natural they are carried semi-erect.

Neck: Medium length, gracefully arched. Forequarters Forelegs of medium length, straight in bone, well muscled, set moderately wide apart and straight from the point of the shoulders as viewed from the front. Pasterns short and strong.

Body: Back level and short, brisket should be broad and deep, ribs well sprung.

Tail: Set and held high. If docked to about one third.