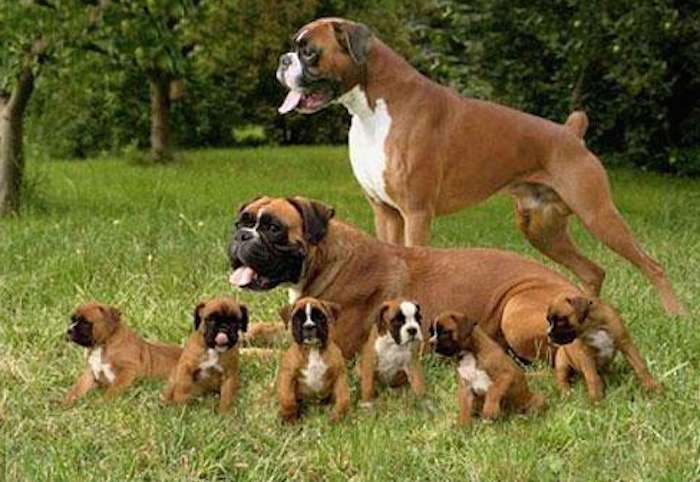 Boxer dogs are descendants of extinct bullenbeisser breeds of dog crossed with mastiff, bulldog and possibly Great Dane and even a terrier.

The Bullenbeisser had been used as a hunting dog for centuries to hunt bear, wild boar, and deer. Its task was to catch and hold the prey until hunters arrived. Over time, Bullenbeissers lost their jobs on estates and began to be used by farmers and butchers to guard and drive cattle. It is now an extinct dog breed. 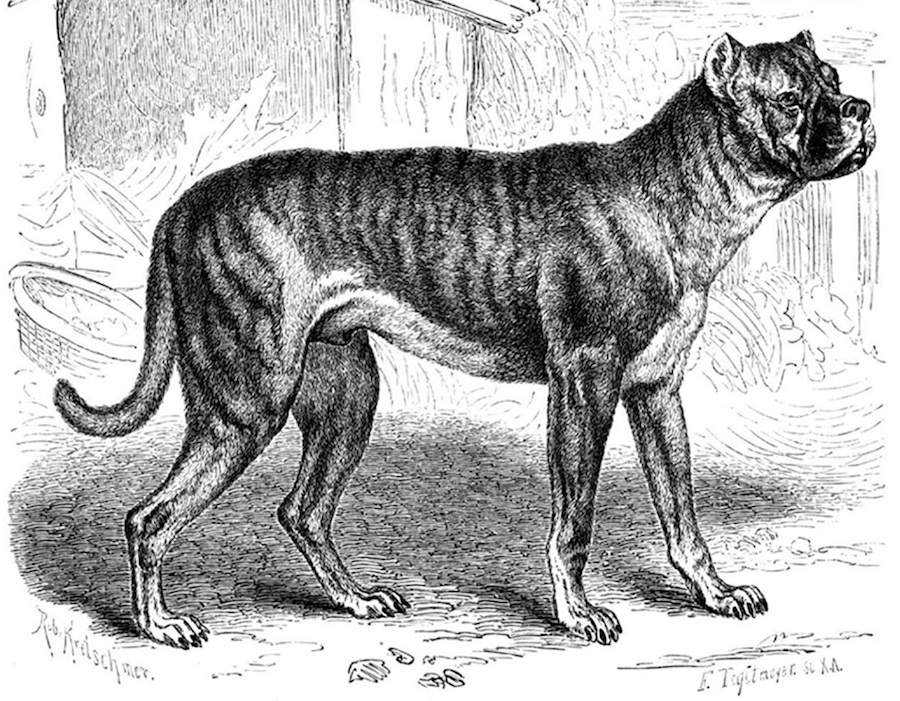 Boxers were developed in Germany in the 19th century, initially as bull baiting dogs and later as butcher’s helpers, controlling cattle in slaughterhouses.

This was done in Munich in 1895, and the next year they founded the first Boxer Club.

A Munich man named Georg Alt bred a brindle-colored female Bullenbeisser named Flora with a local dog of unknown origin. In the litter was a fawn-and-white male that was named Lechner’s Box. This is believed to be the start of the line that would become the Boxer we know today. Lechner’s Box was bred to his dam, Flora, and one of the litter was a female called Alt’s Schecken. She was registered as a Bierboxer or Modern Bullenbeiser. Schecken was then bred to an English Bulldog named Tom to produce a dog named Flocki, who became the first Boxer to be entered in the German Stud Book after winning at a Munich show that had a special event for Boxers.

The breed became known in other parts of Europe in the late 1890s. Around 1903, the first Boxers were imported into the U.S. The first Boxer was registered by the American Kennel Club in 1904, a dog named Arnulf Grandenz.

In 1915, the American Kennel Club (AKC) recognized the first Boxer champion, Sieger Dampf v Dom, owned by Governor and Mrs. Lehman of New York. Unfortunately, there weren’t many female Boxers in the U.S. to breed to him, so he didn’t have much influence on the Boxer dog breed.

When Word War I broke out, Boxers were enlisted into the military, serving as messenger dogs, carrying packs, and acting as attack and guard dogs. 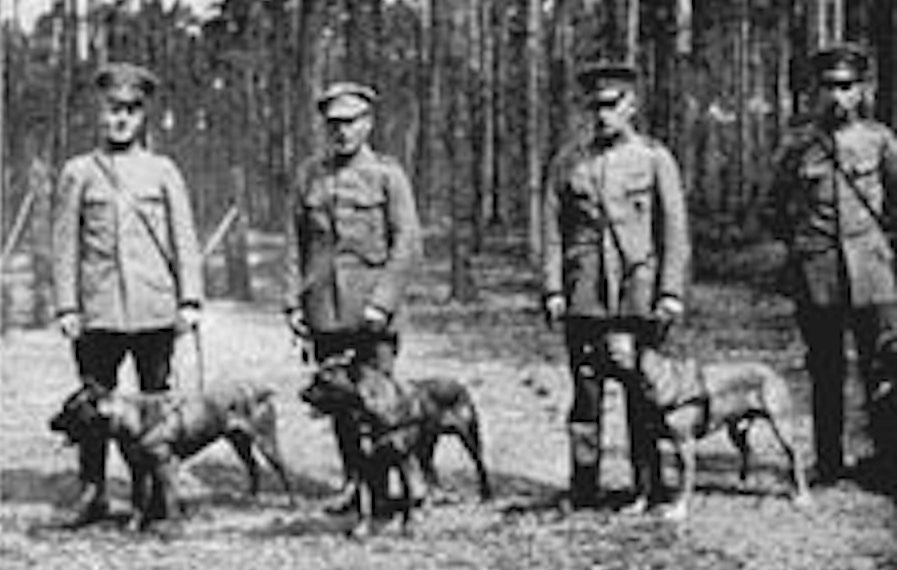 Photo: Boxer dogs in training near Berlin – World War I

Boxers started becoming popular in the U.S. in the 1940s when soldiers coming home from World War II brought their Boxer mascots with them. Through them, the breed was introduced to more people and soon became a favorite companion animal, show dog, and guard dog.

The American Boxer Club (ABC) was formed in 1935 and gained acceptance by the AKC in the same year. In the early days, there was a lot of controversy within the club about the Boxer standard. In 1938, the club finally approved a new standard. The latest revisions of the standard were in 2005. Today, the Boxer ranks 7th among the 155 breeds and varieties registered by the AKC.

The name Boxer is supposedly derived from the breed’s tendency to play by standing on its hind legs and boxing with its front paws.