The latest feature ‘The Secret Life of Pets‘ from the makers of ‘Despicable Me’ imagines the pranks animals get up to when their human companions go out.

Great art has occasionally had the acuity to recognize that dogs are superior to humans. When Odysseus returned to Ithaca and disguised himself as a beggar, Argos recognized his owner even when his best friend, Eumaeus, couldn’t. White Fang saved a judge from a murderous criminal. Eddie the Jack Russell was indisputably the least irritating character on Frasier.

The Secret lives of Pets For the love of dogs!

The Secret Life of Pets is by no means great art, but what saves it from being predictable is the fact that it has many many dogs.

All the dogs in the secret lives of pets:

A wiry, complacent dog named Max. Max is a Jack Russell Terrier. He is quite fun-loving but is somewhat possessive of his owner when Duke comes along. 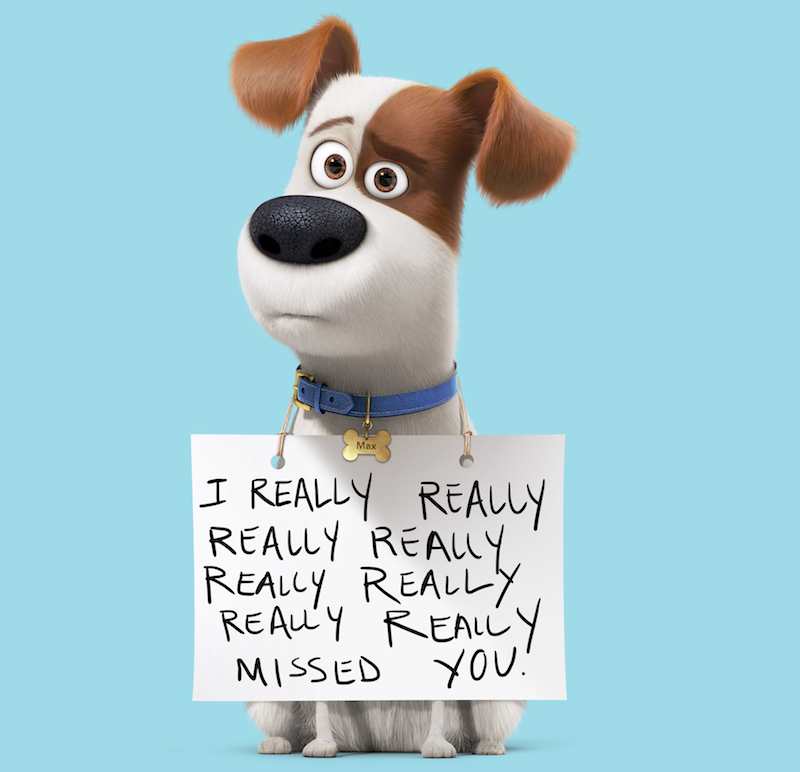 Max – the secret life of pets

A big, schlubby, emotionally inconsistent dog named Duke. Duke is a Newfoundland. He is at first reckless and inconsiderate but is later shown to have a sympathetic backstory. Duke – the secret life of pets

Gidget, a snow-white cotton ball of a dog who has attachment issues. She is a white Pomeranian who has romantic feelings for Max. She leads the pets to find Max and Duke.

Gidget – the secret life of pets

Mel, a hyperactive pug and one of Max’s friends.

Pops, an elderly basset hound, who is paralyzed in his back legs and helps Gidget and the pets find Max and Duke. Buddy, a laid-back dachshund and one of Max’s friends. Leonard, the poodle from the promo. 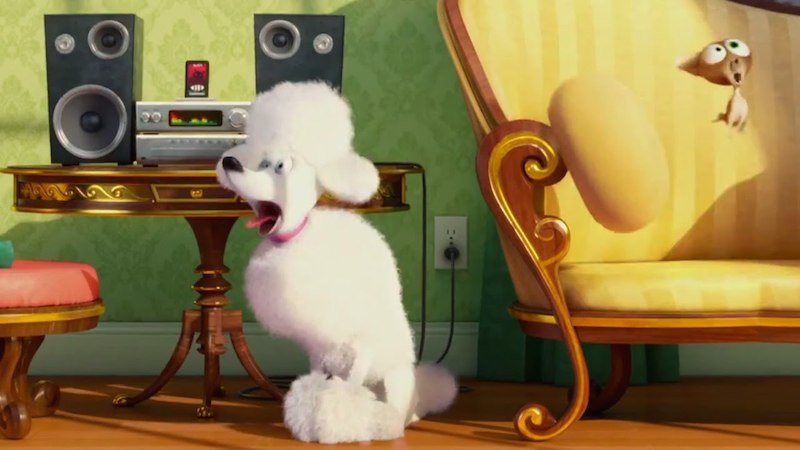 It has cats, too, and a moronic guinea pig, and a homicidal bunny, and a carnivorous hawk, and a pig with tattoos, but the primary reason for the movie’s appeal is its ability to comprehend the bizarre fidelity of dogs to their humans.

Secret Life of Pets is not exactly faith-in-humanity-restoring in the manner of Wall-E or Inside Out, but at the end of a week in which mankind has illustrated some of its most dismal traits, there’s something quietly therapeutic about spending 90 minutes with some nutty, heroic furballs on a hero’s journey with very low stakes.

Promos for the movie have sold it as imagining an alternate reality wherein animals get up to zany hijinks while their owners are at work. Approximately everything funny about this scenario has already been included in the trailer – the poodle who switches the music from Mozart to death metal when his owner goes out, the dachshund who uses the KitchenAid to scratch his belly.

So the onus is mostly on Max (voiced by Louis C.K.) to carry the movie by doing an excellent impression of a good dog, and having an adventure. He’s helped by Gidget (voiced with asthmatic brilliance by Jenny Slate), who’s in love with Max for no reason other than that she sees him through the window sometimes and he seems like a good dog.

Secret Life of Pets is the latest animated feature from the director Chris Renaud and Illumination Entertainment, the animation production company that made Despicable Me, Despicable Me 2, and their despicable spinoff, Minions. But it seems to owe a greater debt to Pixar’s Up, which produced the best portrayal of an anthropomorphized dog to date in Dug, a dopey Golden Retriever who runs up to humans and declares, “I have just met you and I love you.” Max waits faithfully by the door when his human (Ellie Kemper) leaves, and fixates on a small green ball.

His blissful existence in captivity is complicated only when Duke lures him away from the dog walker and the two get picked up by Animal Control, after which they’re broken out by a psychotic rabbit named Snowball (Kevin Hart), who wants to initiate them into his gang of Flushed Pets.

The visuals throughout The Secret Life of Pets are gorgeously imaginative: One of the weirder scenes is an elaborate fantasia in which Max and Duke break into a sausage factory and hallucinate dancing wieners that sing “We Go Together” at a fairground while blissfully submitting to being devoured. There are intriguing tensions in the subtext that the movie does its absolute best not to explore. (Is it better to be a free pet or a pet in fealty to humans? Does human love make up for being trapped in a 600 square-foot apartment for 22 hours a day?) Mostly, though, it’s about loyal, idiotic, optimistic dogs and their redemptive love for humankind. This by itself—even without the lengthy celebrity lineup and the sophisticated visuals and the recurring gags about cats being the worst thing ever—justifies its existence. As Charles de Gaulle once summarized, “The better I get to know men, the more I find myself loving dogs.” Or as Max might put it, “Ball!”