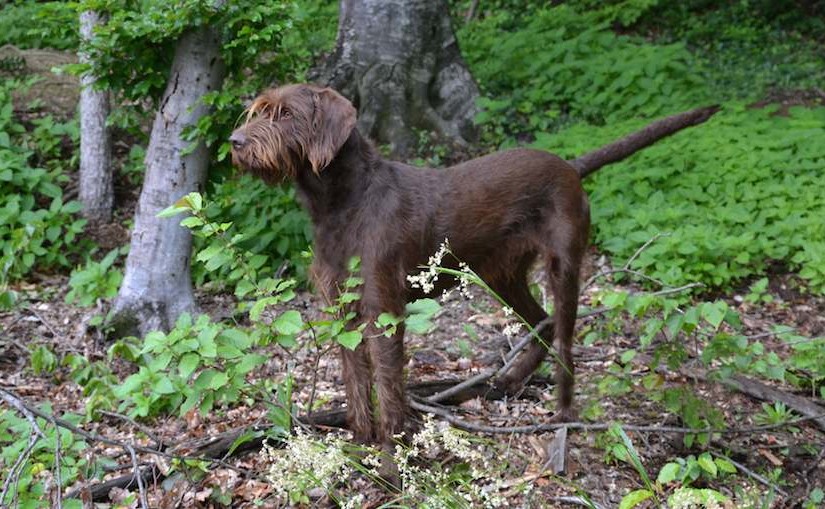 Pudelpointer is a breed of dog developed from the Poodle and the Pointer. This keen hunting dog breed is calm and self-controlled, with an even temperament and strong hunting instinct. They love the water. Pudelpointers are readily trained and fearless. 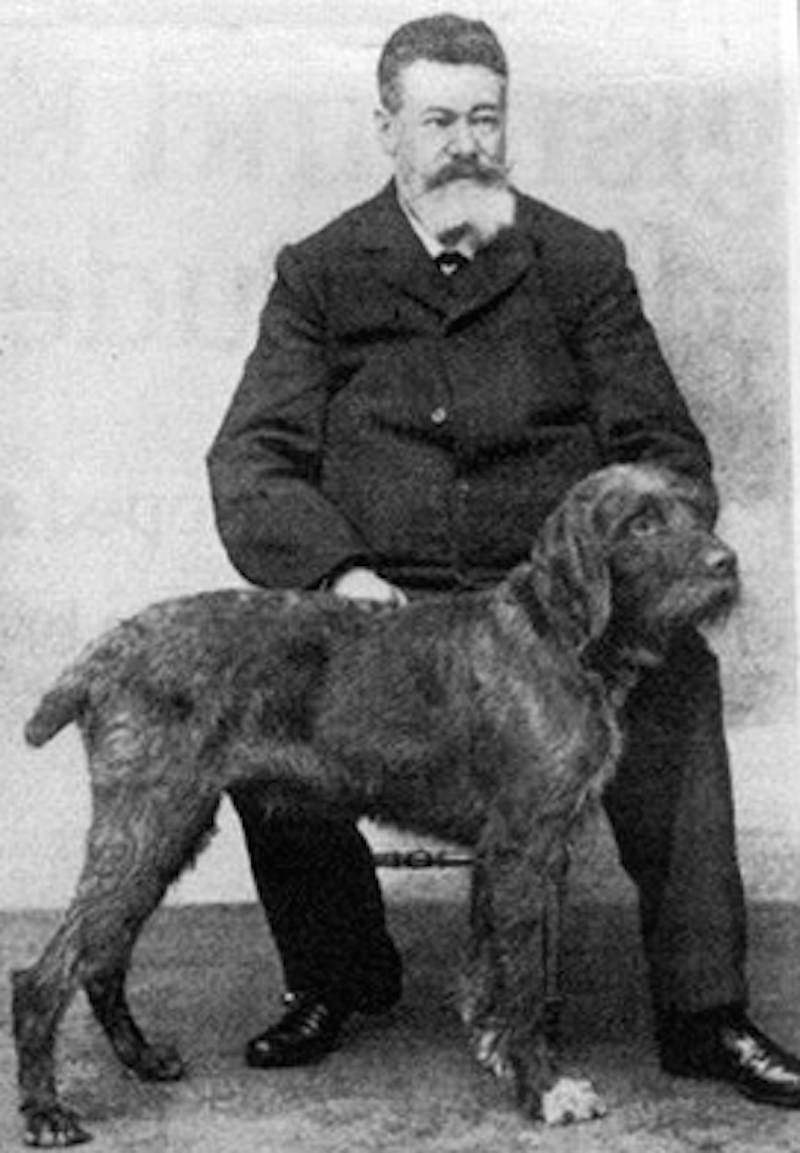 Sigismund Freiherr von Zedlitz und Neukirch was convinced that a cross between a Pointer and a Poodle was the only road to an ideal German pointing dog. In the first crossing, a black Poodle bitch named ‘Molly’ was bred to a Pointer named ‘Tell,’ descended from the kennels of the Prince of Wales and owned by Friedrich III, the future Emperor of Germany and King of Prussia. The first litter was born in 1881.

General Appearance: The over-all picture should be that of an agile, versatile hunting dog with sufficient height, standing over plenty of ground. The dog should look powerful, taut with grace and nobility. Hindquarters: Upper and lower thigh well angulated, lower thigh long with backward slope towards hock joint. Bone from hock to pad absolutely straight. Paws round, closed, with hard pad. Hairs on and between paws not long.

Faults: Long, soft, open hair that does not fit close to the body, as well as short, mousy hair without beard. 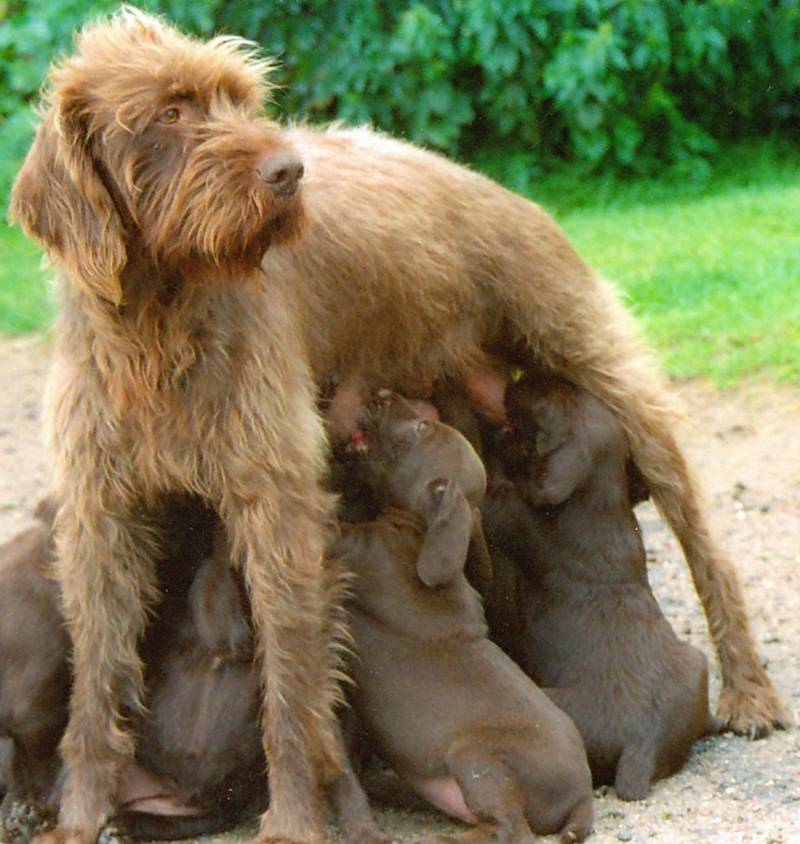