Canaan Dog is a medium sized dog breed. This natural breed of Israel dates back to pre-Biblical times and was the guard and herding dog of the ancient Israelites. As the Hebrew population was dispersed, many Canaans took up residence in the Negev Desert and remained mostly undomesticated except for some that attached themselves to the Bedouin and earned their keep as herders. A program recruited many of these pariah dogs and trained them for war use as sentries, messengers, Red Cross helpers and mine detectors. After World War II ended, the breeding program concentrated on developing the Canaan as guide dogs for the blind, the only program of its kind in the Middle East. 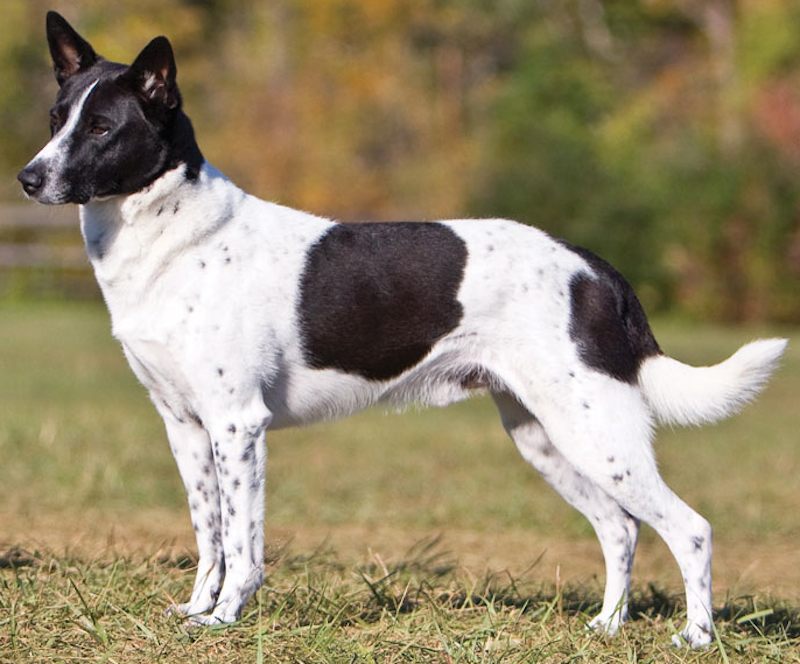 Forequarters: The shoulder should be oblique and muscular, elbows close to the body. Forelegs perfectly straight.

Feet: Strong, round and catlike with hard pads.

Tail: Set high, thick brush carried curled over the back. 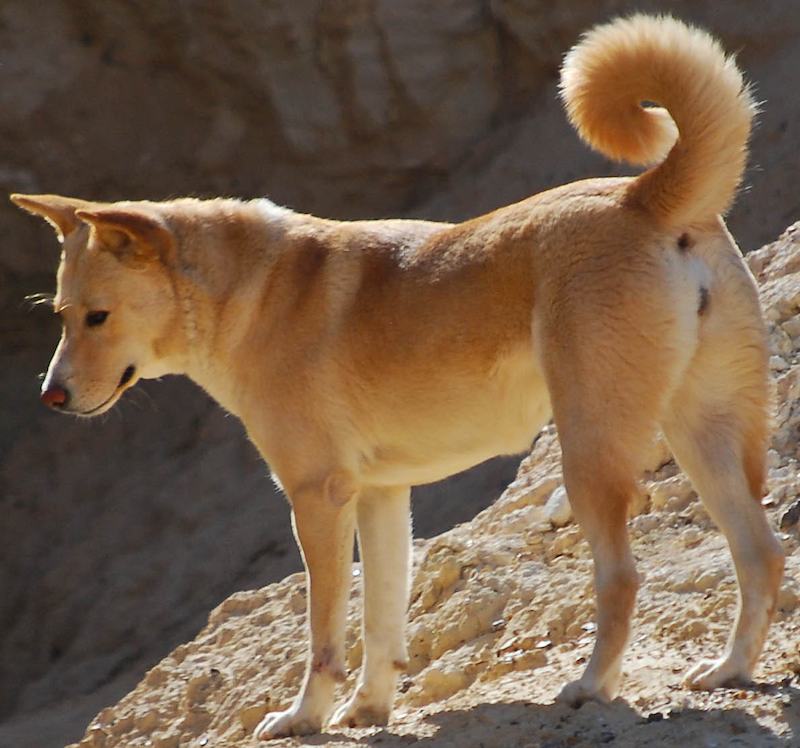 Colour: Sand to red-brown, white, black, or spotted with or without mask. If masked, mask must be symmetrical. Black mask permitted on all colours. White markings are permitted on all colours; Boston Terrier type patterns are common. Grey, brindle, black-and-tan, or tricolour are unacceptable. Desert colours and gold, red, cream are most typical of the breed.

Character: Alert, quick to react, distrustful of strangers, strongly defensive but not naturally aggressive. Vigilant not only against man but other animals as well. Extraordinarily devoted and amenable to training.

Faults: All deviations from the standard of the Canaan Dog breed. All faults in body structure which constitute a deviation from the norm of a well built dog; anything that would detract from his potential for survival as a desert animal.