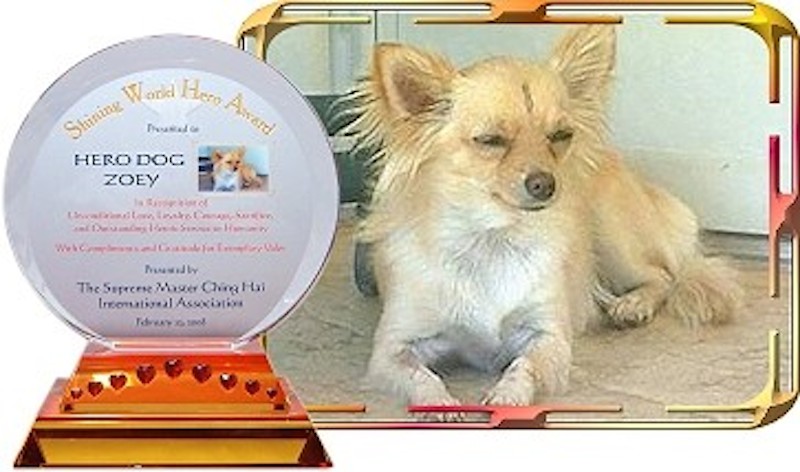 People have always seemed to have a soft spot for heroic dogs. Whether it’s TV classics like Lassie or heart-warming family films like Homeward Bound, the idea of dogs rescuing their human masters (or even complete strangers) captures our love and affection as few other things do. So it’s only natural to love hearing about dogs who save people in real life! Here are 25 true accounts of dogs who saved people from perilous circumstances. Brutis was a 7-year-old golden retriever when he became a hero. That’s when the loveable pooch snatched up a coral snake as it was slithering dangerously close to a young child, suffering a near-deadly bite from the snake in the process. His heroics did not go unnoticed however, as Brutis was promptly flown to Los Angeles to receive the National Hero Dog award.

Said the committee who awarded the medal, “when we give an award like this, we’re looking for something extra, something that would make people wonder why a dog would do what he did.”

Everyone knows that smaller dogs have to display in attitude what they lack in size, and Zoey is living proof. A five-pound chihuahua from Colorado, Zoey made headlines for rescuing a one-year-old child from an approaching three-foot rattlesnake when the snake got too close for comfort. While Zoey sustained a small wound from a snakebite above her eye, she eventually recovered and the snake was killed by the dog’s owner. Hurricane Katrina was a miserable occurrence for everyone down south, but inspiring stories of heroism have helped give victims something to smile about. That’s certainly the case with Katrina, the ironically named black labrador who saved a drowning man before rising flood waters claimed his life. The dog, who was later rescued herself by rescue teams, was honored at that year’s Genesis Awards with a standing ovation.