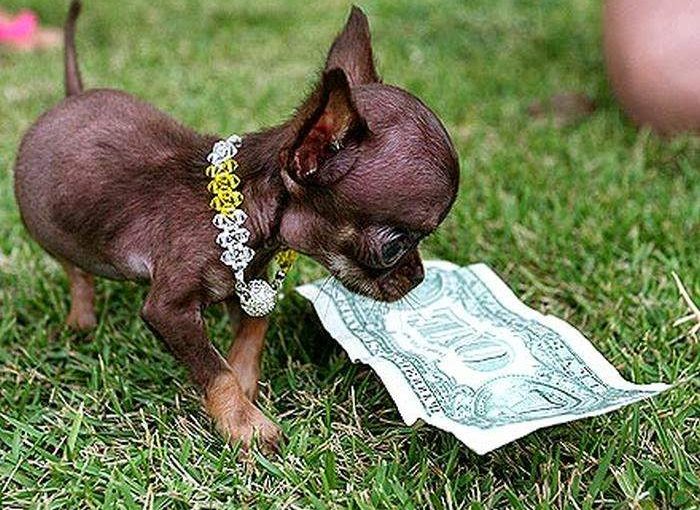 Pocket-sized pets in general and the world’s smallest dog remain the most fascinating areas of the Guinness World Records database, with petite dogs arguably the most popular of all our animal records.

The smallest dog living, in terms of height, is female Chihuahua Miracle Milly, who measures 9.65 cm (3.8 in) tall and is owned by Vanesa Semler of Dorado, Puerto Rico. Born in December 2011, she weighs roughly 1 pound (half a kilogram) and is known for often sticking out her tiny tongue when someone takes her picture. “She knows how to pose,” says Vanesa.

“People are amazed when they see her because she is so small, and she has a big personality. People love her.”

When she was born, Miracle Milly weighed less than an ounce and fit in a teaspoon, Semler said. Her mouth was too tiny to nurse from her mother, so Semler gave her milk every two hours through an eyedropper.

She slept in a doll’s crib next to Semler’s bed, growing stronger as the months passed. The Chihuahua now sleeps in a baby’s crib and will eat nothing but food cooked by humans.