However, it’s not that the breed began in this Baltic area along the sea, but rather it is generally believed to have been bred down to its current small, or toy, size there. 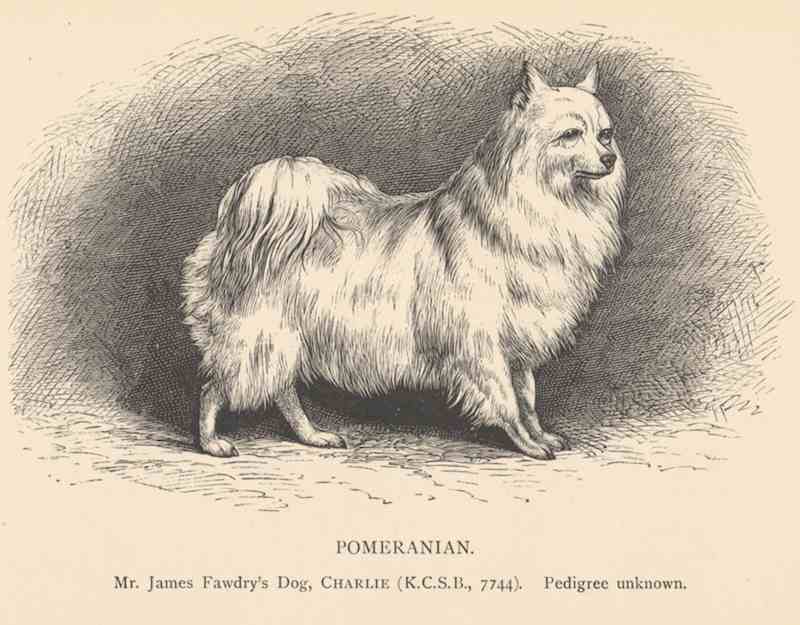 Prior to becoming the perfect lap dog, the larger Spitz-type dogs were commonly used to herd sheep. Anyone who’s ever owned a Pomeranian can see remnants of this in their attitudes. Indeed, Pomeranians can present a disposition that appears much, much larger than they are in true physical stature. And that’s what Pomeranian owners so often find so enjoyable and adorable!

The Spitz type of dog, from which the Pomeranian is derived, was first recognized by the English Kennel Club in 1870. But there is evidence that the Pomeranian breed existed at least 100 years before that, if not much earlier in beginning forms.

In fact, there is a diary reference to a Pomeranian dating back to November 2, 1764. An entry from James Boswell reads: “The Frenchman had a Pomeranian dog named Pomer whom he was mighty fond of.”

Records indicate that Pomeranians were shown in the United States as early as 1892. However, they were generally categorized in the miscellaneous class. It wasn’t until 1900 that they received regular classification in New York. Then, by 1911, the first specialty show was being held by the American Pomeranian Club. Records indicate that some of the first winners in America were likely a bit stockier with larger bones, bigger ears, but nevertheless weighing less than 6 pounds. In addition to other royalty, Queen Charlotte, granddaughter of Queen Victoria, brought two Pomeranians to be bred in England. The dogs can be viewed in Sir Thomas Gainsborough’s paintings, though the dogs in his paintings were much larger than the modern breed of Pomeranians.

Today Pomeranians have become one of the most popular breeds. They are especially common in cities and places with limited space, like apartments, where dogs that require less room are a better fit.