We may view all dogs as loving, devoted creatures that would do anything to please their human companion. But did you know some dog breeds go above and beyond the love-meter?

Want Unconditional Love? Get a Dog!

The canine species isn’t usually short on affection for their humans. However, if you need a double dose of doggy devotion, these dog breeds are sure to fit the bill. Here in no particular order are some of the most affectionate dog breeds in the world.

The Golden Retriever has been voted one of the most popular dog breeds for years. And it’s no surprise, for those of us looking for a big love bug, this dog won’t let you down. This pooch not only excels at giving furry love, but it also makes an excellent service dog, hunting dog, and athletic partner for jogging or agility training. Similar to the Golden Retriever, the Labrador Retriever has been bred for human companionship – its coat may be shorter in length, but its loving devotion for humans will never be in question. This breed is also very athletic and will never give up the opportunity to do some agility, hiking, or retrieving. Monkeyface is one term that has been used to describe this lovable little pooch. The Brussels Griffon is a small, sturdy dog that is cheerful, affectionate, and can get along with other pets. When it comes to being loving, Brussels has it in spades there is no such thing as personal space to this breed. Who wouldn’t fall in love with those big brown eyes of the Cavalier King Charles Spaniel? But if looks don’t mean that much to you, you’re still going to fall for the charms of this pooch. The Cavalier likes nothing better than snuggling with his pet parent, spending the day basking in each other’s love. The shaggy coat isn’t the only unmistakable trait of the Old English Sheepdog who loves a good snuggle. Not only that, when you’re not lounging around, but the Old English also has no problem competing in conformation, obedience, agility, and herding trials. Besides all that, he’s intelligent, fun-loving, and easygoing! Also known as the “monkey terrier” (due to his large dark eyes and protruding lower jaw and lip), this little fella is alert, loyal, and affectionate. The Affenpinscher may do well with children, but due to their high prey drive, small rodents are not recommended in the Affenpinscher household. Despite its negative reputation, anyone that has ever had the pleasure of pet parenting an American Pit Bull will argue those myths. This dog is a devoted pet that wants to spend every moment with his family. However, be aware that being a Terrier, this pooch can be a bit stubborn at times. Known as the “gentle giants” of the dog world, the Irish Wolfhound has a big heart, is loving, and sensitive. Despite his large size (males can exceed weights of 155 pounds), the Irish Wolfhound moves with a graceful gait. However, because he is also a sighthound, keep in mind that he may use his speed to zip away when he catches a glimpse of something running away. 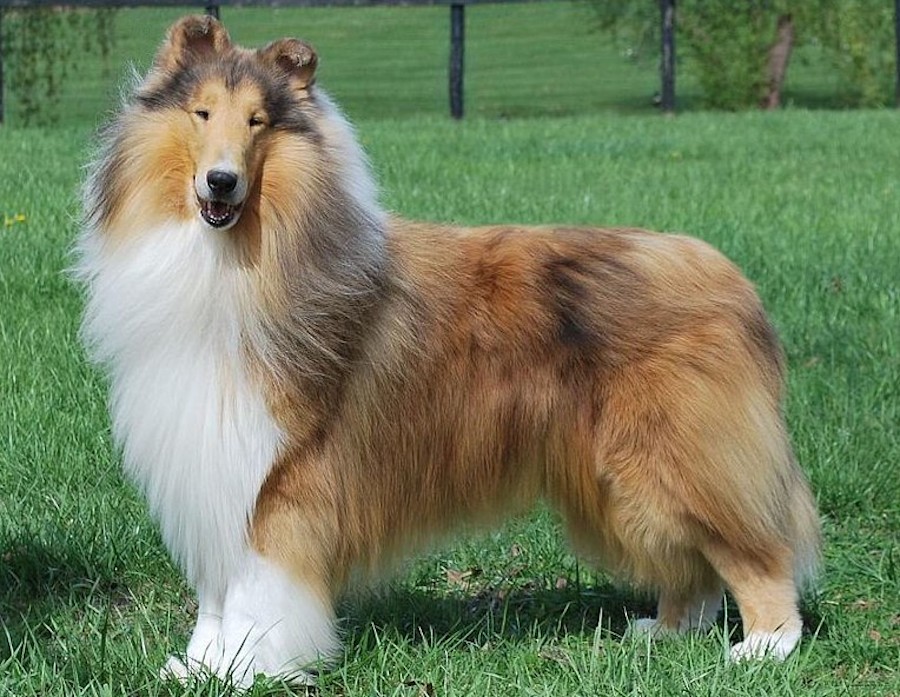 The Collie is a highly sensitive dog that has almost a sixth sense when it comes to knowing what their pet parent needs. Although this breed is still capable of herding, its devotion and love for humans would be wasted out in the fields. The Collie is especially good with children and will devote all of her time and energy into making sure they are secure under her watchful eye. A gentle giant, the Great Dane, isn’t only tall, but he’s all heart. He is kind and sweet and does well when playing with children. This eager-to-please, people-orientated pooch may be imposing when you first meet one, but that giant love for humans will soon shine through.

Not only is the English Bulldog sweet-natured, great with children, and a devoted family pet, he doesn’t need a lot of exercises – more time for couch cuddles! This dog wants to be near and involved with his family, so be sure you have the time to devote to this lovable pooch.